Tom Weaver’s Science Fiction and Film Fantasy Flashbacks is an entertaining collection of interviews with actors and other personnel from cult SF and horror movies. Debra Paget, now rich, married and living in Texas, has some fun stories. 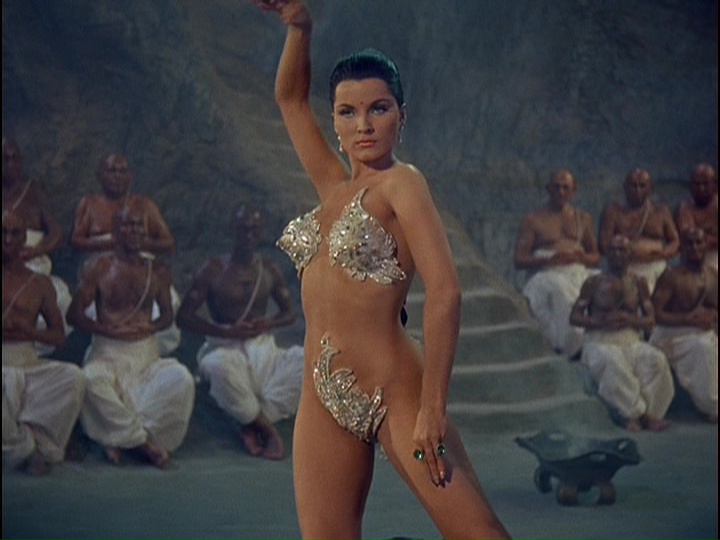 Debra, do you recall?

Asked about her skimpy dance costume in Lang’s THE INDIAN TOMB, she says it was stuck on with “a marvelous glue called UHU.” This amused me because I grew up with UHU and never appreciated its marvelousness fully until now. “In fact, we used to call it ‘the UHU movie’ because earrings were glued on, everything was glued on!”

So, we have to remember this — from now on, THE INDIAN TOMB is to be called THE UHU MOVIE.

I am in little doubt as to which illustration in this post is more enjoyable to look at.